Winter storms in Texas knocked out industrial plants that were not designed to function in low temperatures. It’s like those cold snaps we hear about from time to time damaging orange crops in Florida.

But let’s face it, the continental U.S. does not include the equator or Antarctica (areas that are safer bets for unwavering weather extremes), so from an engineering standpoint, allowing for operation on the opposite end of a given weather extreme is prudent because such weather might come calling one day– as it did in Texas this past winter.

For the purpose of this article, let’s define “winterization” as the design, purchase, and installation of systems necessary to keep an industrial plant operational in cold weather. This definition is necessary because “winterization” is also a term popularly referred to as the process of preparing boats and vacation houses to shut down and survive the winter. 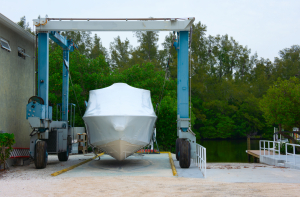 A boat being winterized (sealed and stored) until warmer months

Winterizing industrial plants does not equip them to shut down and survive. It equips them to keep running and thrive.

First, let’s talk about pipes. Pipes transporting lower viscosity fluids (such as water) may burst when the fluid freezes in cold weather. 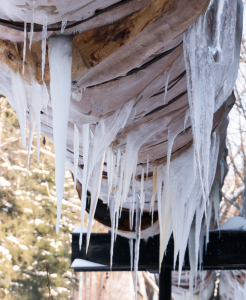 Movement in pipes transporting higher viscosity fluids (such as oil and honey) may come to a halt if the fluids turn gelatinous and stop flowing in cold weather. Imagine oil turning into gelatin, and you get an idea of what happens when cold weather increases a fluid’s viscosity. 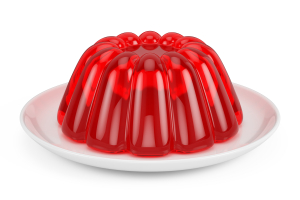 So when the ambient air is cold, pipes need to be warmed up– and kept warm. Making them warm is achieved by lining their outsides with “heat trace,” which can be a tape heated electrically, or a tube heated by steam flowing through it.

This heat is kept in the pipe by insulation, which is installed outside the heat trace. 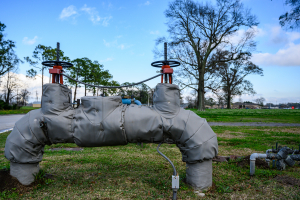 Electric heat trace and insulation on a pipe

Finally, the pipe, heat trace, and insulation are often wrapped in a hard outer shell or “jacket” of PVC or metal. This jacket physically protects the system from outside forces like flying debris and accidental strikes. 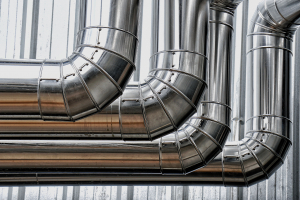 Piping is not the only industrial plant component heat tracing keeps warm. Storage tanks often need warming too. Their contents can be valuable products like oil, water, fuel, chemicals, pharmaceuticals, cosmetics, or foods and beverages. 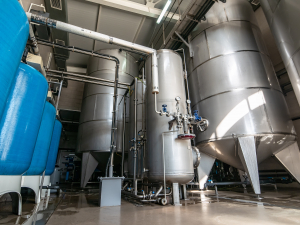 These products must be kept moveable through pipes, not frozen or driven to such high viscosities as to render movement unfeasible. Lining the outside of storage tanks with heat trace is a possible solution.

From our description of winterizing pipes and tanks, you get the idea. Winterizing other piping system components such as valves, instrumentation, and pumps is done in a similar fashion– heat trace, insulation, and possibly a hard shell jacket. 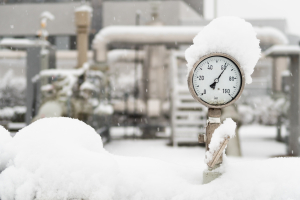 What about those areas of a plant where people must work in cold weather? Sure, offices are typically temperature controlled so that people can safely and comfortably work in them. But what about warehouse areas, production floors, equipment rooms, and other areas that are not temperature controlled? Such areas are at the mercy of ambient temperature, and when that temperature is dangerously cold, safety is a concern.

Area heaters can be installed for emergency use. These units often produce heat by means of either electrical elements heating up via electrical resistance, or tubes heating up via steam running through them. The choice of electric heaters or steam heaters is a matter of preference to the facility, and is often determined by which resource is more readily available in a particular area. 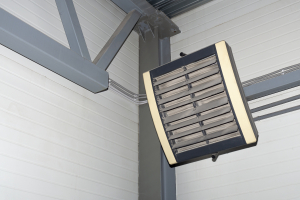 Each area heater might also contain a fan. Once the heater’s electrical elements or steam tubes heat the air, its fan distributes it into the area. 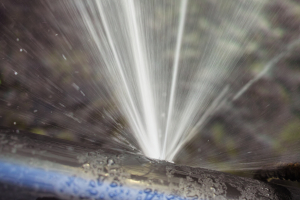 Beyond the examples given in this article, many other mechanical and electrical systems are vulnerable to the effects of unexpectedly cold temperatures. A winterization assessment of all areas in an industrial plant is wise.

Bringing It All Together 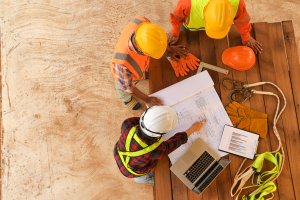 Contact Imperia today to begin your plant’s winterization before the next cold snap hits!